I was contacted by the folks at Galaxy Foods to see if I would like to sample some of their new rice cheese. I'm really not one to turn down free food, but I will admit that I am skeptical of vegan cheese. The kids like it, but I would rather just do without for the most part. Despite these caveats, they still sent me the cheese. There are three flavours: Pepper Jack, Cheddar, and American. So, I put the cheese to the test. First up, classic grilled cheese with the cheddar. The flavour was good (for fake cheese), and it melted quickly and easily (which is a big plus). 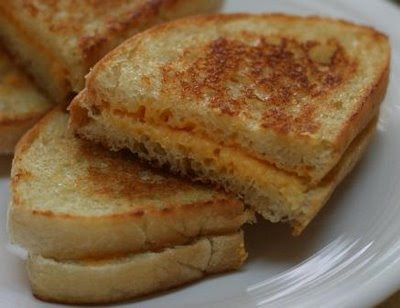 Next up, potato quesedillas with the pepper jack. I did sample some of the cheese before cooking and, quite frankly, the texture was terrible: grainy, yet pasty. But, when melted in the quesedilla, it was much better. 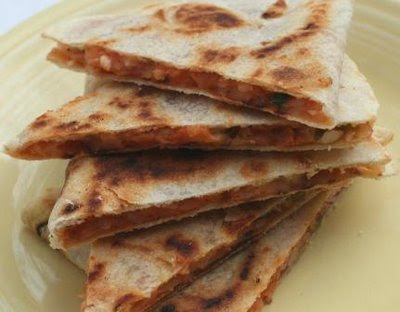 Lastly, Tofu English Muffin Sandwiches for brunch with the American flavour. This one actually does not taste too bad uncooked and it was a nice addition to the sandwich. 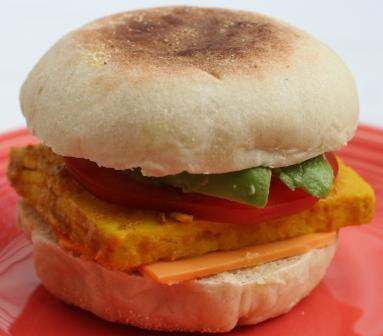 So, in the final analysis the cheese was better than I expected. On the plus side, it melts well, is soy free (if that matters to you), and tastes better than most vegan cheeses. On the downside, it has a lot of packaging since each individual slice is wrapped in plastic inside a plastic package. It would be nice to see this as a block to cut down on the plastic.
Posted by Vegan Dad at 9:04 PM

Email ThisBlogThis!Share to TwitterShare to FacebookShare to Pinterest
Labels: cheeze
Newer Post Older Post Home
All images and recipes (unless otherwise noted) are property of Vegan Dad. Please do not re-post or otherwise duplicate without permission.