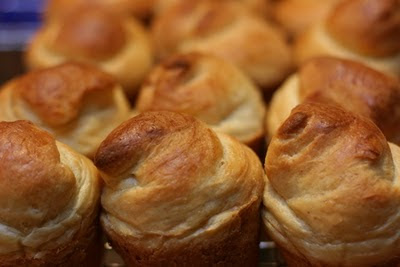 This is the first recipe that gave me pause. First, I have never had brioche in my life so I was not sure what the end result was supposed to be like. Second, the recipe calls for 5 eggs, which meant that veganizing was going to be a bit of a challenge. From what I can gather, brioche is all about working in as much butter as possible into the dough whilst adding eggs to up the protein content so the brioche actually holds its shaped when baked. Thankfully, Reinhart provides three versions with varying amounts of butter. I went with the middle class brioche recipe figuring that 1 cup of margarine would be easier to work with (rather than the 2 cups in the upper class recipe) and therefore my egg substitutes would have a better chance of actually doing what they were supposed to do. The end result was absolute perfection: a light, delicate, and tender brioche that rose like a dream. I was more than pleased, especially because I guessed on how to best replace the eggs.

GENERAL NOTES
1. I only refrigerated the dough for the minimum time (4 hours) and had great results. I imagine, though, that leaving it overnight would make the dough even more tender.
2. I don't have brioche pans so I put the brioches a tete in muffin tins. I made 16.
3. Because I used Earth Balance, I added only a pinch of salt to the dough.
4. I used Method 2 to shape the brioche.

VEGAN NOTES
1. I replaced the milk with plain soy milk.
2. My thought on the eggs was to replace the weight of the eggs (8.5 oz) with a mixture of egg replacers. I whisked 2 tbsp of ground flax into 1/3 cup of water (final weight 3 oz). I then blended in 2 oz of soy yogurt, and 3.5 oz of silken tofu with an immersion blender. I have no idea if these proportions can be altered, I just know they worked for me.
3. I added 1 tbsp vital wheat gluten to the dough.
4. I replaced the butter with Earth Balance margarine.
5. I brushed the brioche with soy milk instead of an egg white wash. 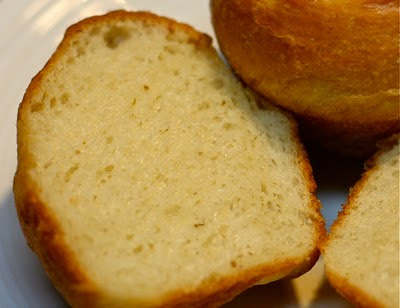